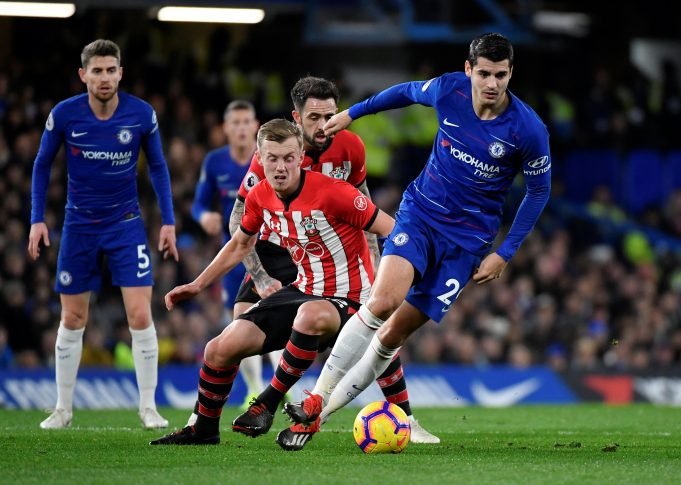 Alvaro Morata feels that criticism from the Atletico Madrid fans about his Real Madrid past is normal and justified as the Spaniard closes in on a loan move to the Wanda Metropolitano.

The 26-year-old has struggled to hit the ground running at Chelsea this season, with manager Maurizio Sarri losing his trust in the former Real Madrid man.

Having signed Gonzalo Higuain before the deadline day, the Blues are now prepared to get Morata off their books and Atletico are one of the clubs who are interested to offer the Spaniard an escape route.

Morata is excepted to make a move to the La Liga in an 18-month loan deal which will include the rest of the ongoing season and the entire next season as well.

And Morata, who had a successful 2016-17 season at the Bernabeu before joining Chelsea in the summer of 2017, believes the criticism from the Atletico fans is totally justified.

Speaking to reporters at the airport, Morata said: “I’m happy to be in Madrid, I’ve been waiting for many days.

“I’m super happy and I want everything to be finalised, to start and train with my colleagues.

“The people who have always been with me know how I feel today, how the last days have been.

“It’s normal for people to have their thoughts [about playing for Atletico after Real Madrid], I know what I can do.

“I started playing at Atletico. People who know where I come from, they know my history and what this means to me. The past is the past, I am proud of that.”

Morata is expected to have a medical on Sunday and his Atletico debut could come at Real Betis on February 3.