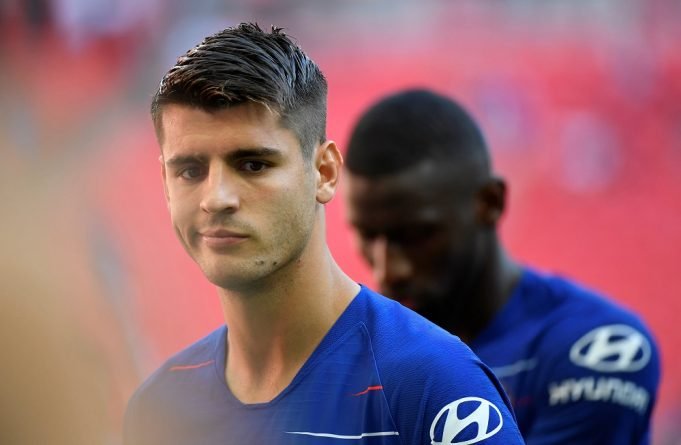 Chelsea completed the signing of Real Madrid midfielder Mateo Kovacic on a season long loan without the option to buy. He comes as a part of a deal which see Thibaut Courtois going the other way.

The Croatia International joined the Spanish side from Inter Milan back in 2015 but has struggled to establish himself as a regular for them. However, he is considered as a player who has huge potential and will be looking to rejuvenate his career under Maurizio Sarri.

Blues Striker Alvaro Morata, who used to play together with the midfielder at Real Madrid, believes he is one of the best midfielders in the world and believes the Croatia star has what it takes to revive his career in the Premier League.

‘Mateo, first of all, is an amazing person,’ the Spain International told Chelsea’s official website as quoted by Metro. ‘He is a midfielder who is good with the ball, very technical.

‘He can break through the lines with his quality, he can score goals and he has a lot of power in his legs.

‘With him we will win a lot of possession and he has the ability to carry the ball into the final third and provide passes for the strikers.

‘He’s a very good player which is very important for us because we need top players.’

‘He gave me a lot of assists in Madrid,’ the Spain international added.

‘We enjoy playing together and I’m very happy to have him here.

‘I think he’s one of the best midfielders in the world.

‘I always try to help the new signings settle in, I remember when I first came here my team-mates helped me, and now it’s time for me to do the same.’