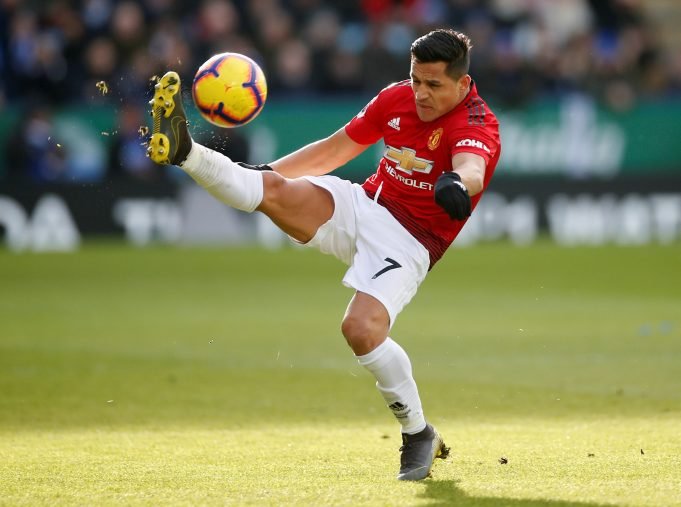 ‘He hasn’t had enough football since Jose Mourinho and you’re left wondering whether Solskjaer can have that effect on him. In the FA Cup game he got the goal away at Arsenal. ‘When I used to watch him under Jose Mourinho, I couldn’t blame the manager. We would do games and he’d consistently lose possession. It doesn’t matter what manager you’ve got.

‘It wasn’t about being too deep but it will be slightly different now. He’s got to do more himself. ‘Looking at him in a Manchester United shirt, I felt like I was looking at Fernando Torres in a Chelsea shirt. ‘Where we’ve seen this blistering pace and power, one of the stars of the Premier League and it just seemed to go. ‘Is that a loss of confidence, manager’s instructions or the amount of football the lad’s playing?’

Sanchez has however, been backed by Neville who feels United should do more with him now that he’s already on board. ‘They’re stuck with him, Alexis Sanchez. They’ve got him now for two or three years,’ the ex-United defender said. ‘I always think with Alexis Sanchez that he’s lost a bit of his spark, a bit of his pace.