Chelsea have lost only one of the last 12 Premier League games and are currently leading the league table.

They made a comfortable 3-0 win over Leicester City this weekend thanks to goals from Antonio Rudiger, Kante and Christian Pulisic.

The duo could building upon their robust relationship against Juventus and Manchester United in the upcoming games.

“Some of the times the full backs were playing in midfield.

“And what you see with Jorginho and Kante is that Kante is ten yards ahead of Jorginho just in case he needs to win the ball and press again. Some of the play from Chelsea was absolutely superb.” 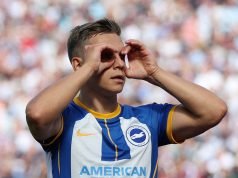