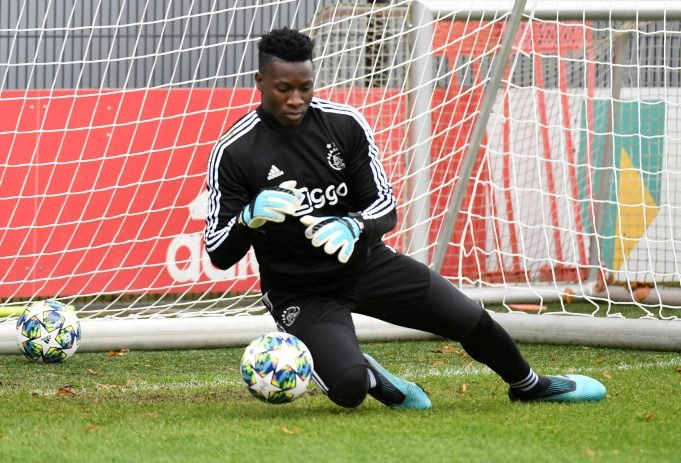 After De Ligt’s transfer to Juventus, De Jong to Barcelona, ​​and from this summer Hakim Ziyech to Chelsea, the young and talented Cameroonian goalkeeper, Andre Onana, is on the way out.

Last year’s Champions League semi-finalist and Dutch champions Ajax continue to sell out the team that won the hearts of all true football fans last season.

The team from Amsterdam set the price of his contract and it is 35 million pounds. Many sides are showing interest, but it seems that the English side Chelsea is in pol position for Onana. The “Blues” from London are ready to allocate funds for him, after the most expensive goalkeeper nowadays, Kepa Arizabalaga, did not meet the expectations in the second season, this time under the leadership of Frank Lampard.

Lampard publicly expressed dissatisfaction with his form, but above all with his behavior and approach to the game. The situation escalated when Lampard, instead of Arizabalaga, included veteran Willy Caballero in the first team, and the former Athletic Bilbao goalkeeper took his place on the bench. Whether Onana will be a direct replacement for Kepa, or whether he will be brought in to strengthen the competition for the goalkeeping position, remains to be seen.

The only sure thing is that the Cameroonian will defend the colors of another European giant in the 2020/21 season.

SEE ALSO: Hakim Ziyech: The Wizard of Amsterdam ready to weave his magic at Stamford Bridge