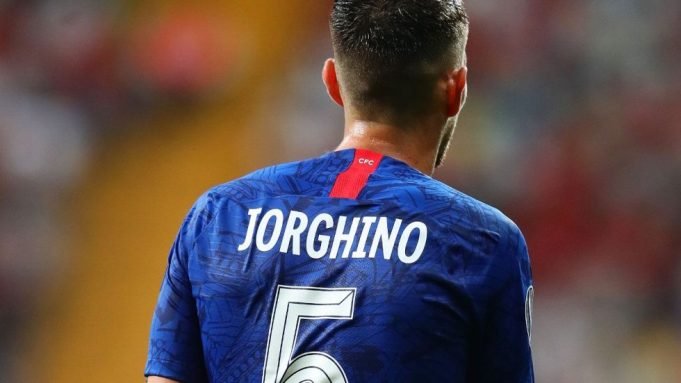 Chelsea fans will be happy to know that Jorginho’s chances of leaving this summer are low, according to his agent.

Maurizio Sarri brought him from the Serie A in 2018 for €57 million. Over his two seasons at Chelsea, Jorginho has emerged to be an important player for them.

Frank Lampard has embraced all of the Italian’s weaknesses for the top level of distribution that he brings to the game. Even at 28, he is valued highly by other outfits, especially his former manager, Sarri. Recent reports linked him with a move back to Serie A with Juventus being the likely buyers.

Jorginho’s agent, Joao Santos feels like nobody can afford the defensive midfielder. He claims that Jorginho’s value has gone drastically since he arrived in the Premier League. And with the recent worldwide crisis going on, clubs will find it hard to afford him.

In the wake of constant exit rumours, Santos said, “He is now the vice-captain at Chelsea and has amassed a great deal of experience playing in the Champions League and Europa League. I think it’s very unlikely an offer will come in for Jorginho because nobody can afford to make that kind of investment in the market right now.

“Because of the pandemic, nobody knows when we can return to normal or even play with fans in the stadium, so that’s a big problem for the transfer market.”

Chelsea won’t be completely paralyzed without Jorginho in their setup. Lampard has seen the emergence of a young Billy Gilmour who has shown how capable he is in playing the part. Then, with Ruben Loftus-Cheek and N’Golo Kante back to fitness, Jorginho can be replaced without needed a new signing.