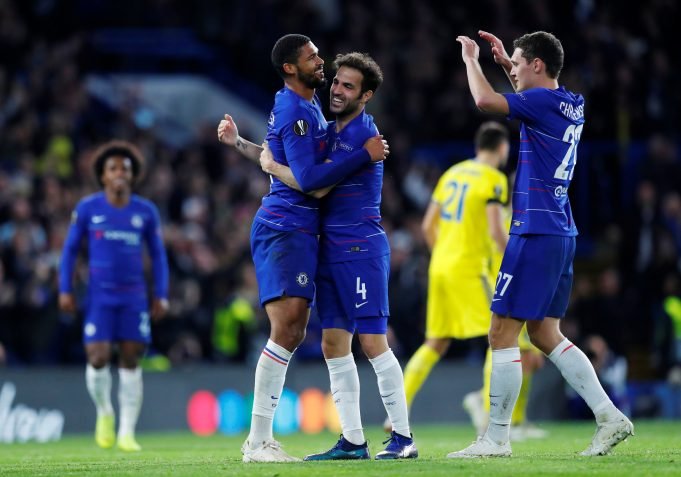 According to reports, AC Milan are eager to sign Chelsea midfielder Cesc Fabregas in January. Fabregas has fallen down the pecking order ever since Maurizio Sarri became Chelsea’s manager.

AC Milan have plenty of injury worries in a number of departments presently. In midfield, regulars Giacomo Bonaventura and Lucas Biglia have sustained serious injuries and will be out for several months.

While Biglia’s calf injury will see him miss action till February, Bonaventura’s knee injury will keep him out till April.

This leaves them with only Tiemoue Bakayoko, Franck Kessie, Andrea Bertolacci, Riccardo Montolivo and Jose Mauri.

While Bakayoko and Kessie have bee  regulars, the other three have barely featured for the Rossoneri this season.

With the competition for Champions League beths being immense, AC Milan need a new midfielder in January.

This season, Fabregas has made 9 appearances for Chelsea so far, scoring a goal.

Fabregas’ creativity, passing accuracy and his ability to orchestrate the midfield makes him a very suitable option for AC Milan.