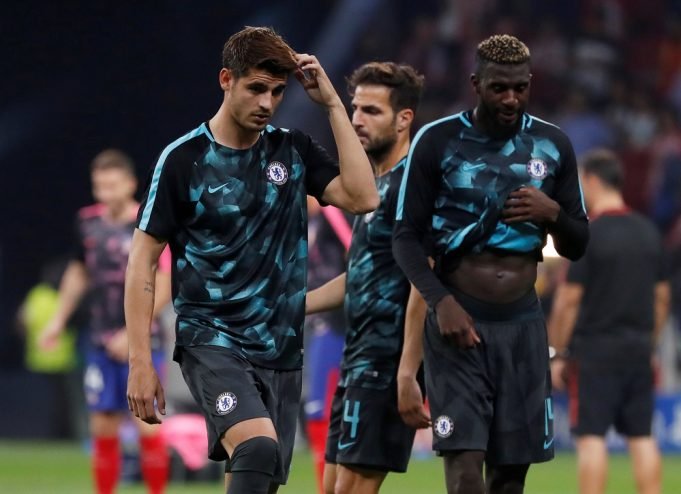 The player’s future is still uncertain at the club

Tiemoue Bakayoko joined Chelsea from Monaco for a fee around the margin of £40 million, signing a 5 year contract last summer. He caught the attention of the club after an impressive campaign with the Ligue 1 side, helping them to win the league over Paris Saint-Germain.

But the France International struggled to make an impact during his first season with the Blues as he was nowhere close to the level for which the club paid such a hefty transfer fee. He managed to score 2 goals and assisted 2 in 34 appearance during the entire campaign.

The Premiere League giants finished finished 5th in the league and will miss the Champions league in the upcoming season. The 23 year old also missed out a place in the France World Cup squad after an underwhelming campaign as Les Bleus lifted the trophy after 20 years.

The midfielder’s future has been uncertain this summer even before Antonio Conte was sacked by the club. Maurizio Sarri has been appointed as the new manager and completed the transfer of midfielder Jorginho from Napoli as club’s first summer signing.

With the arrival of the Italian midfielder, the Frenchman’s future is more uncertain as the the English side already have many players plying for a spot in the starting XI.

There were reports few days ago that he has asked the club that he wants to leave this summer. The London side are willing to sell him this summer and are seeking €40 million to let him leave, which has alerted few clubs.

AC Milan have added Chelsea midfielder Tiemoue Bakayoko to their wish-list, according to Gianluci Di Marzio.

But they could face competition in pursuit of him as Spanish side Sevilla are also interested him in him and their management are actively in talks to sign the midfielder.