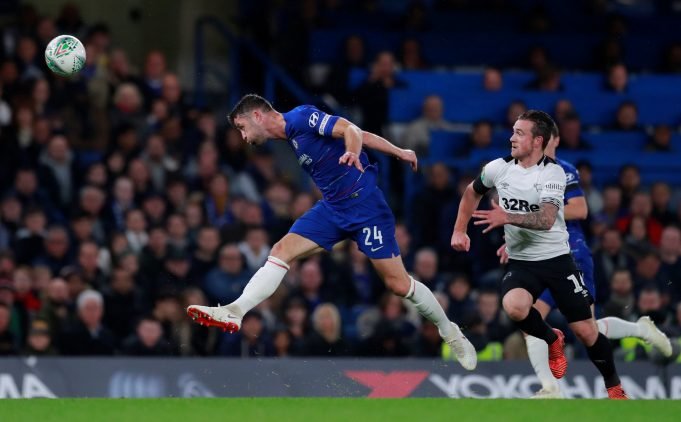 According to reports, AC Milan are willing to rope in Chelsea defender Gary Cahill.

Cahill has fallen down the pecking order under Maurizio Sarri this season and has only appeared in Europa League and Carabao Cup matches this season. His current contract expires at the end of the season.

It’s highly unlikely that Cahill will find a place in Chelsea’s starting XI because of the presence of the likes of David Luiz and Antonio Rudiger.

Chelsea have reportedly made Cahill available for loan and AC Milan are eager to sign him in January.

AC Milan have a few injuries in the defense department at the moment. Mattia Caldara is out till February due to an Achilles rupture while Mateo Musacchio is out till January because of a ligament rupture.

However, their biggest injury blow came just recently. Skipper Alessio Romagnoli has suffered a calf injury which ruled him out of Italy’s Nations League match against Portugal. There is no notice as to how long he will be out of action.

This means that AC Milan have only three players who can operate as centre-backs- Ricardo Rodriguez, Christian Zapata and Stefan Simic.

Hence, the addition of Gary Cahill in January would really be useful for the Rossoneri.